How Do Drones Work

So, you enjoy watching your drone fly up and away in the sky. This gives you the opportunity to see things that you ordinarily won’t see and that is if your quadcopter has a camera. But have you ever wondered, “how do drones work?”

Drones are fast becoming very popular. People own them for various reasons and one of the funniest is to annoy dogs. Dogs mistake drones for frisbees. Because of how popular they have become, anyone can now acquire a drone.

If you are a Do It Yourself (DIY) person, you should probably have learned how to make a drone from scratch. When you build your own drone, you won’t have to spend a lot of cash and it can be customized to suit your needs.

Well, by building your own drone, we are referring to quadcopters. These are drones that have four (4) rotors. They are the most common type of drone used by hobbyists.

Video: How Do Drones Work

If you prefer learning by video, this article is also explained here.

When operating your drone, it feels like you are handling a game console. But there is more to just controlling the movement of your drone. There is a technology that makes the drone move. It may seem complex, but we will try to simplify the mechanics involved.

The Mechanics Involved in Flying A Drone

Video: How Does A Drone Fly?

This video explains the mechanism involved in flying a drone.

Before your drone flies, it needs to be propelled off the ground. This is the essence of the rotors attached to the drone. If you are flying a quadcopter, it will have four (4) rotors. These rotors influence the upward or vertical movement of the drone.

In flying a drone, there are three (3) forms of vertical movement. These include:

In hovering, the gravitational pull that is working against the drone is equal to the drone’s down thrust. These are supposed to be two opposing forces but when they become balanced, the drone can hover over a height.

When your drone starts moving upward, it is said to be climbing. For your drone to climb, you need to increase the speed of the rotor until it generates an upward thrust. This up thrust must be greater than the force that is trying to bring down the drone. Which is otherwise known as the force of gravity.

In descending, all you have to do, is the opposite of climb. As soon as you reduce the speed of the rotors, the drone will start descending.

Prices pulled from the Amazon Product Advertising API on:

Product prices and availability are accurate as of the date/time indicated and are subject to change. Any price and availability information displayed on [relevant Amazon Site(s), as applicable] at the time of purchase will apply to the purchase of this product.

How do you get your drone to fly towards a different direction when it is already in the air? There is more to controlling your drone with a remote.

When your drone is hovering, two (2) of the rotors will be moving clockwise while the other two (2) will move anticlockwise.

For instance, the quadcopter has four (4) rotors. If we count them in a clockwise direction, it means rotors one (1) and three (3) will move clockwise. On the other hand, rotors two (2) and four (4) will move anticlockwise.

As a result of this opposite motion, angular or rotational momentum will be equal to zero (0). Let’s see how we got that.

To make this simple, we will assign values to each form of rotation. The rotors that are moving anticlockwise will have positive values of +1 each. The other clockwise rotors will have negative values of -1 each. Therefore, we have all values as +1, +1, -1, and -1. When we sum up all values, we are left with zero (0).

Assuming you need this drone to move towards right wing, we will reduce the rotational momentum of rotor one (1) from -1 to 0.

From the description above, we realize that reducing the speed of rotor one (1) resulted in the rotation of the drone. However, this also reduced the upward thrust of the drone thereby causing it to descend. As a result of this imbalance in rotor one (1), the drone will tilt downwards in that direction.

So, how can your drone rotate without creating an imbalance among the rotors?

All you need to do is to reduce the speed of rotors one (1) and three (3) while increasing that of rotors two (2) and four (4). When this is done, as long as the angular or rotational momentum does not sum up to 0 (zero), the drone will rotate.

Now, we have established a fact that your drone will move successfully by changing the speed of one or two of its rotors. This motion is further made easier by attaching an accelerometer to your drone.

It is the work of the altimeter to dictate how high the drone can fly. There are certain heights that your quadcopter can not attain due to the intensity of wind. You also do not want your drone to fly too low because of the obstructions at the ground level.

Furthermore, newer drones are fitted with more sensors that can prevent them from colliding with objects. These sensors include:

With these improved sensors, when an obstacle is observed, the drone will change direction to avoid collision.

Drones are called unmanned aerial vehicles because they do not need a pilot to fly. As long as you have a camera in your drone, you can see where your drone is flying. You also do not need to see the drone physically as it can fly out of sight.

This technology is being applied in rescue missions or when the military needs to target a terrorist camp.

Furthermore, not all drones come with cameras. But if you want to build your own drone, you can fix a HD camera to get clear and quality footage. The HD camera will collaborate with the network of the drone in order to transmit real time videos of the aerial view.

As a result, drones are now being used in chromatography and aerial photography. Its utility is of high relevance and who knows what the future holds for drones? 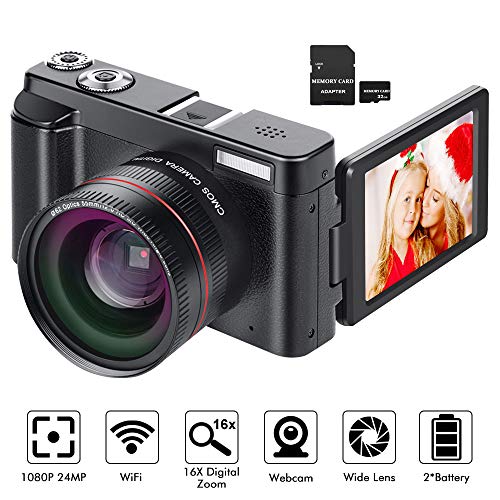 Your drone can be controlled using a remote or a controller in form of a joystick. It can also be controlled from a smart phone using an application. Such applications come with GPS coordinates that have been programmed to enable flight.

In addition, the controller enables you to see if the batteries of your drone are fully charged. This unique feature ensures that your drone does not run out of juice while in motion. This is an essential feature because your quadcopter will need small batteries to avoid overloading the drone.

Your drone has a specific distance it can cover when flying. As soon as it goes beyond that distance, you may be unable to see or control your drone. In this regard, what you need is a communication extender.

You can extend communication over a distance of about seven hundred (700) meters or above two thousand (2,000) feet. But this is dependent on your drone and the kind of extender at your disposal.

What Does the Future Hold for Drones?

Drones are fast becoming popular and the future holds a lot for these Unmanned Aerial Vehicles (UAVs). Due to its application in various fields, more people are embracing the technology and utilizing it for the greater good of man.

As a result, drone manufacturers are now looking at producing drones with improved features. In the future, we believe that drones will be able to accommodate batteries with longer life. Because this is currently the major drawback of drones. An improvement in this regard will increase flight time.

As the needs of man are insatiable, more types of drones will continue to emerge to meet those needs. Just as we now have drones that can be used to take selfies or go under water, innovations will continue to arise.

Finally, drone technology is getting better by the day and we do not expect less in the coming future. You do not need prior experience in operating a drone. All you need is a burning desire to understand the mechanics behind flying a drone and you are all set to go.

We have affiliate relationships with the providers (Amazon, Clickbank, etc) of the products, goods and services that are linked to on this page and may be compensated when you buy. But do note that it doesn't increase the cost of the products to you in any way or determine our verdict on a product/service.

Any cookies that may not be particularly necessary for the website to function and is used specifically to collect user personal data via analytics, ads, other embedded contents are termed as non-necessary cookies. It is mandatory to procure user consent prior to running these cookies on your website.